Excursion to the ancient hospital of Epidaurus 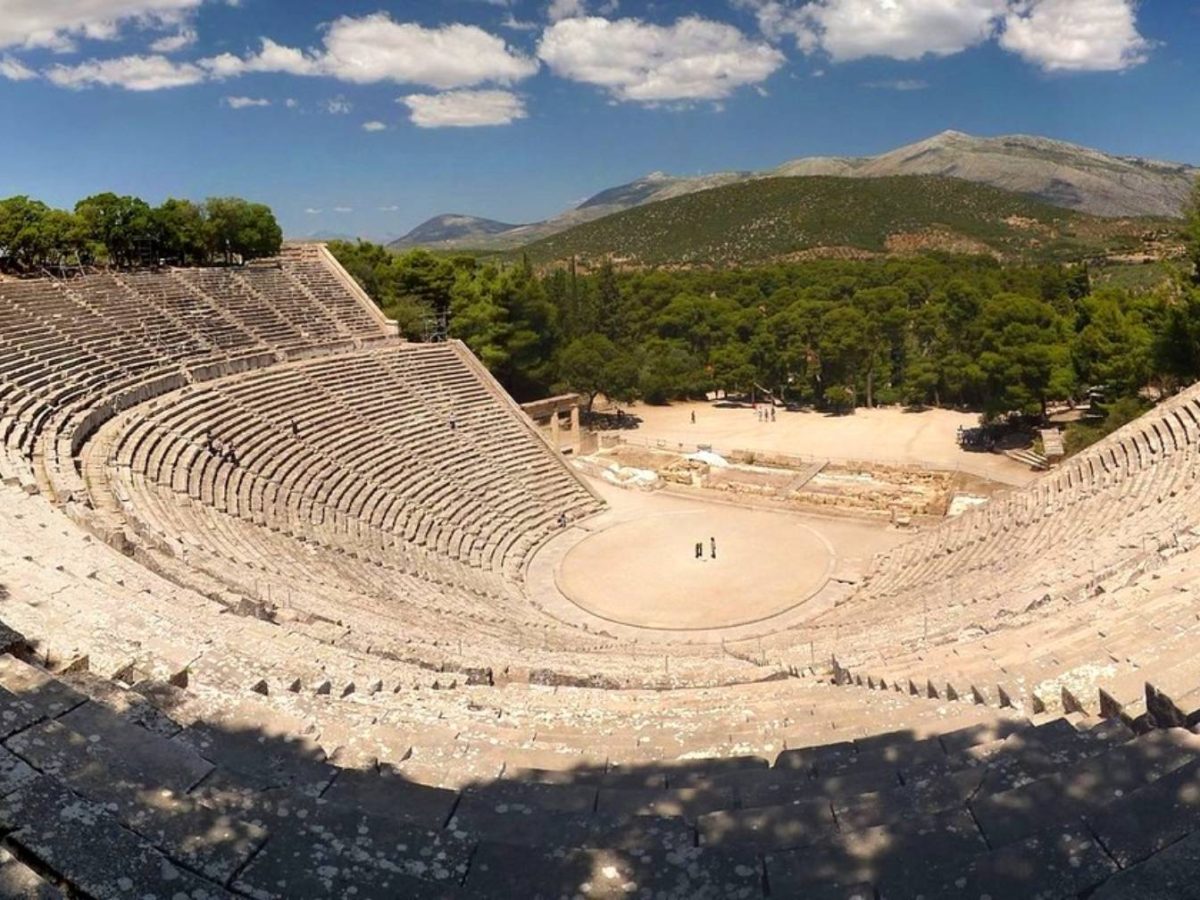 The history and culture of Greece is so diverse that it is impossible to get acquainted with all the facets of this country in one trip. But our company has tried to create excursions that help to learn all spheres of culture, history and traditions of the Greek islands in just a few days or hours.

Excursion to the ancient hospital of Epidaurus

One of the exciting and interesting excursions is an individual half-day tour to the Antique Hospital of Epidaurus. The tour begins with the fact that a VIP car or an eight-seat comfortable minivan will pick you up from the hotel. Beforehand, you will be able to choose a car from such brands as: Mercedes, Porsche, Range Rover, Lexus.

In addition, if you wish, you can go on a journey by helicopter – we even organize such services. On the way we will be 40 minutes one way. Before you will open magnificent panoramas of the island. Traveling by car is already a small adventure, during which you will have the opportunity to get to know the surroundings and nature of the Peloponnese. This is an ancient ancient city, which today is the ruins of rich houses, temples and palaces.

But, first of all, Epidaurus is known for achievements in medicine, because it was in this city that the locals worshiped the god of healing Asklepios. A sanctuary was built on the territory of the city, which was the central building, from different cities many people came here to be cured – from the poor to the kings. Everyone believed in the holiness of these places, and that it was here that it would be possible to recover from all diseases. The unique atmosphere and energy is still in the air.

First of all, we will visit Asklepion, which is the ruins of an ancient temple – it was he who was the main place of pilgrimage for all those who longed for healing. Rich figures from different cities arrived in these places. Epidaurus became not only very popular, but also flourished economically. In the 4th and 3rd centuries BC, many monumental buildings were erected here.

But, one of the most famous sights today are the ruins of the ancient theater – this is the main architectural structure of these places. The theater could accommodate up to 14 thousand spectators in its stands, its scale is simply huge, and the acoustics are indescribable. Amazing performances were staged here, the emotions that raged here were incredible. When you get here, closing your eyes, it seems that you are transported to ancient times, and applause is raging in the stands and the enthusiastic cries of the audience are heard.

Here you can also look at the ruins of gymnasiums, the stadium and the temple of Asclepius and Apollo. Our tour will end with the transfer taking you back to the hotel.

All excursions provided by our company will help you to have an informative and interesting time in the Peloponnese. In addition, if necessary, our company provides other services, such as: