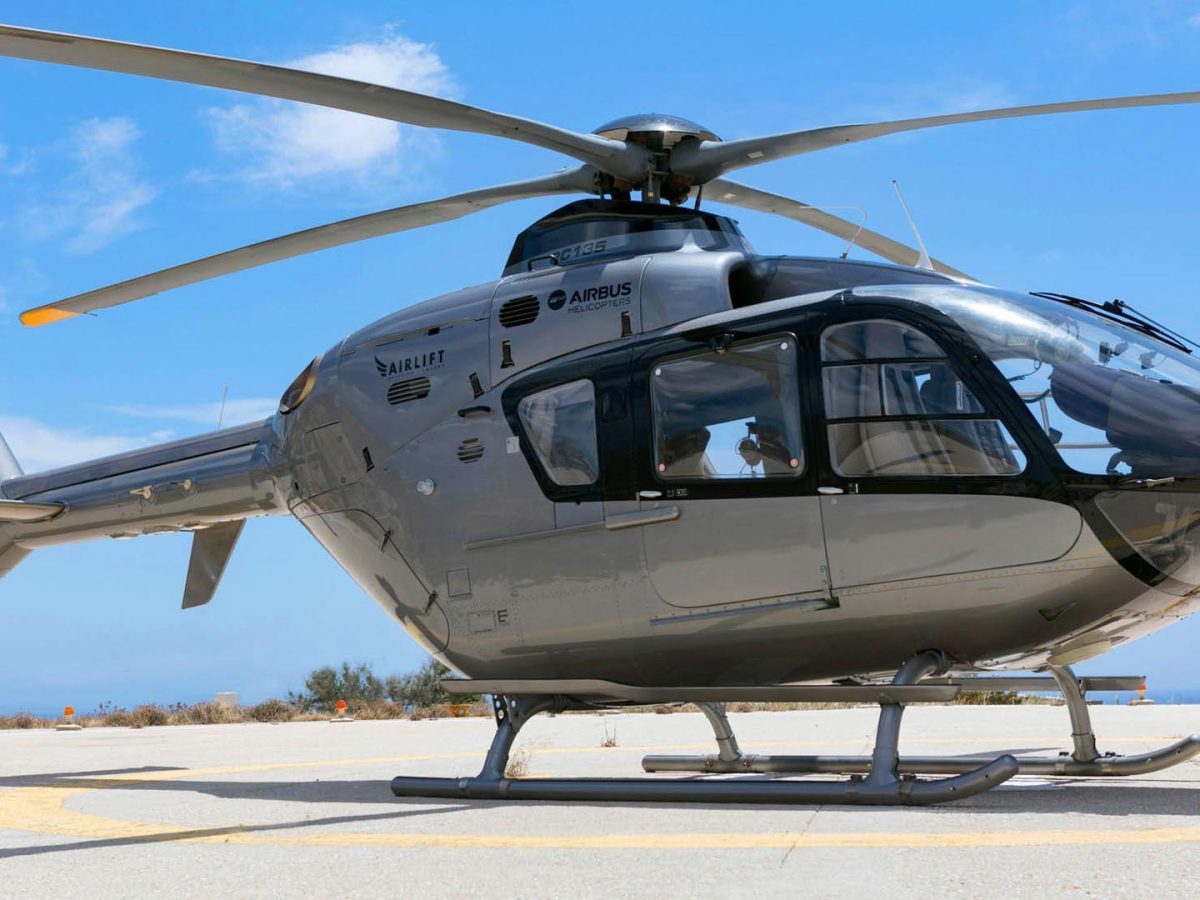 Mykonos is just as vibrant, colorful and atmospheric as its neighbors. Arriving here, you immerse yourself in its energy, enjoy the beautiful natural scenery, and fall in love with the stunningly beautiful beaches. Not to mention that the frantic dynamics of the locals charges you with a good mood for a long time.

Our company offers tourists a wide range of various excursions. If you want to get to know the traditions, culture, history and natural beauties of Mykonos better, you will certainly find a tour to your liking. We offer you a private helicopter tour around the island, during which you will be able to see Mykonos in all its glory.

You should not miss the opportunity to explore the entire territory of the island in just half an hour, enjoy its beautiful coastline, blue and emerald hues that shimmer with the sea.

You will have an unforgettable opportunity to fall under the charm of the panoramas of the island. From a bird’s eye view, you will see: sprawling hills of brown flowers, snow-white windmills, ancient churches, white houses with blue details, narrow stone streets, magnificent picturesque beaches and a bright blue sea filled with sun, making Mykonos no less popular than Hawaii and Capri. You will also see small rocky uninhabited islets that surround Mykonos and the island of Delos. It was this island that was called sacred. Do not hesitate, during the excursion you will have a lot of impressions, and all are only the most positive.

A little history of the island

The first traces of human presence on the island of Mykonos date back to 3000 BC, and myths have preserved the memory of it as the place of the legendary battle of Zeus with the Titans.

The popularity of Mykonos as one of the top tourist destinations in Greece is fueled by the glory of its nightlife, democratic views on gender relations, magnificent beaches and the ideal aura of the Cyclades. As you understand, going to Mykonos, you will find a lot of unforgettable impressions, emotions and memories.

The best restaurants in Mykonos

You will not be able to fully learn the traditions of the island if you do not try its national dishes and drinks. Our company offers to spend an unforgettable vacation on the island of Mykonos, or as it is also called Greek Ibiza, and plunge into the atmosphere of Mediterranean cuisine and entertainment. You will be able to satisfy your most sophisticated gourmet needs and get a real pleasure from tasting dishes in the best restaurants of the island.

Gourmet cuisine you can try in elite restaurants:

Our company also provides additional services, such as: